Posted by Muriel Louveau at 6:23 AM No comments:

The Waking Dream album on Bandcamp 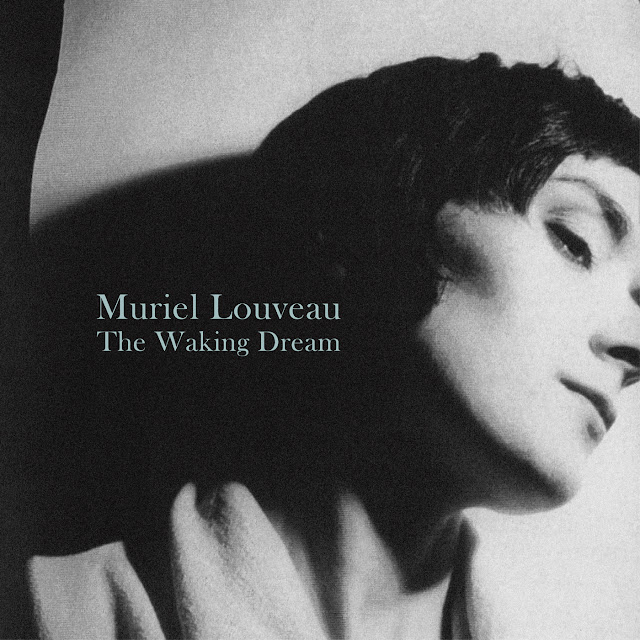 
"The Waking Dream "'s compositions are inspired by" 1816 ,The year without Summer" when Mary Shelley imagined her novel Frankenstein.

At the time Shelley wrote most prolifically, the world had been plunged into semi-darkness, crop-failure, famine, and a significant increase in riots, murders, and fatal illnesses by the cataclysmic eruption of Mount Tambora, in Indonesia.

In this time of Global Pandemic and Grief, looking back to the History and collective dramas is a resonating and a learning process. Hopefully, Awareness can open a room for solace and arouse our vital energy.


For each sonic piece, my creative process is the same : the Voice is a spatial and dramatic language.
Words and body sounds become layers,textures,sculptural elements inducing trance like movement and images .

This audio project is not a direct,detailed storyline but a meditative exploration awakened by the present echoing to the past events that generate a dystopian vision in which poetry is merging with soundscapes and vocals.

Posted by Muriel Louveau at 7:08 AM No comments: 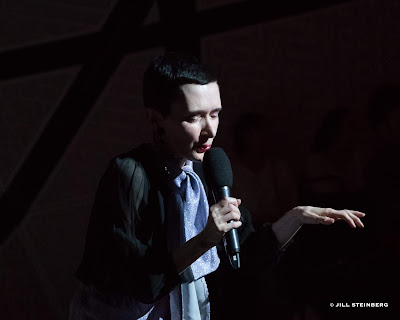 Isolation can be an opportunity to explore !
We will start with a poem , collect words  or extracts from an existing tune .Using these ingredients ,we will work on the bridge between speaking and singing and  learn how to play with language  physically and vocally. 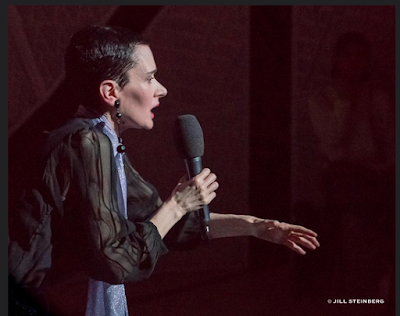 I will lead you through improvisation and other methods to explore the rhythm, expression and colours of the sounds in your voice and together we'll put them in a musical context.  You will discover  the art of listening  and get in tune with your unique creative potential.

Donations are welcome .Please feel free to contact me muriel.louveau@free.fr 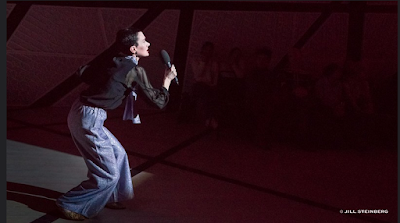 Posted by Muriel Louveau at 2:18 PM No comments: 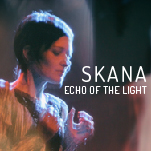 Dear All,
Please Support Skana album on Bandcamp during the Covid-19 Pandemic .
Artists are terribly impacted and suffering from lost income .

During these dramatic times ,we need music to uplift ,inspire us and give us Hope .
Thanks so much for supporting my music .Be well and safe ! 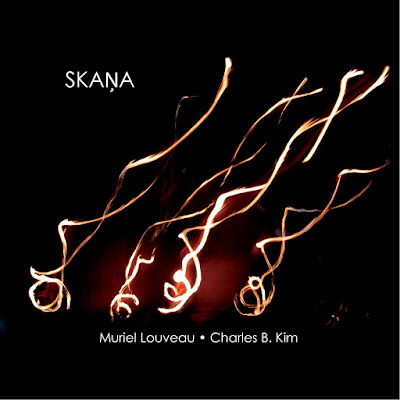 "The variety of Louveau's colors is staggering, spanning the gamut from rib-shaking depth to stratospheric airiness, while Kim’s environments are as fantastic as they are three-dimensional. So much so that when the spoken word of "When Night is Falling" bleeds into the birdlike vocals of "Baltik," the listener can almost wield it as a talisman of the duo’s far-reaching energies."Tyran Grillo

"Artists in the coming months is now an urgent priority for anyone who cares about music and the artists who create it.
For many artists, a single day of boosted sales can mean the difference between being able to pay rent or not.
It may sound simple, but the best way to help them is with your direct financial support, and we hope you’ll join us both today and through the coming months as we work to support artists in this challenging time."

Posted by Muriel Louveau at 5:57 AM No comments:

Near to The Wild Heart adapted and directed by Ildiko Nemeth

Another Highlight of 2019 !
Muriel was commissioned to create original music for Ildiko Nemeth 's new production"Near to the Wild heart" that has been presented in Dec 2019 -January 2020 by New Stage Theatre Company .


The critics have spoken:" New Stage Theatre Company's Near to the Wild Heart is an "otherworldly" experience you don't want to miss." The New York Times notes that this "admirable" adaptation is a rare chance to see the "delicately violent power" of Clarice Lispector's writing brought to the stage in English.

"Deep, mysterious and moving, Near to the Wild Heart  echoes the voice and valor of the award-winning 1943 novel by Jewish-Brazilian author Clarice Lispector" - Derek McCracken, Broadway World 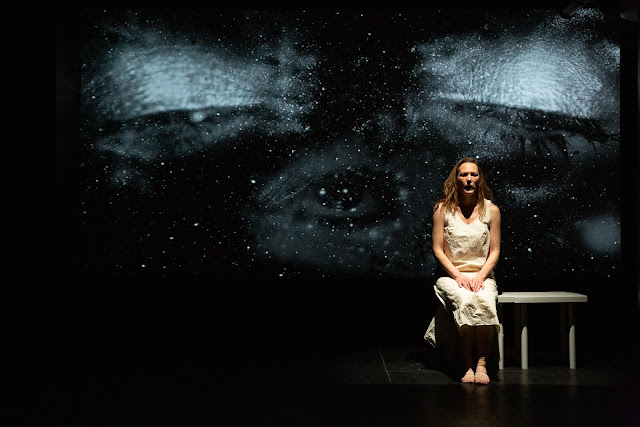 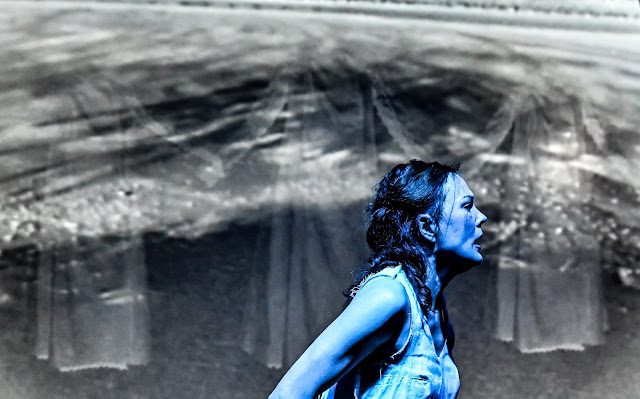 Production photos by Nonoka Judit Sipos and Lee Wexler.
Posted by Muriel Louveau at 4:40 AM No comments:

NOT THEN NOT YET Photo Gallery

Here's our latest review from NYU News, which speaks of "wild, phantasmagorical energy" in our music-dance collaboration:

" it was not so much a jungle gym to be explored, but a landscape with which to co-exist, Louveau’s live vocal trills and high-register cries hinting at some barren, subconscious topography." 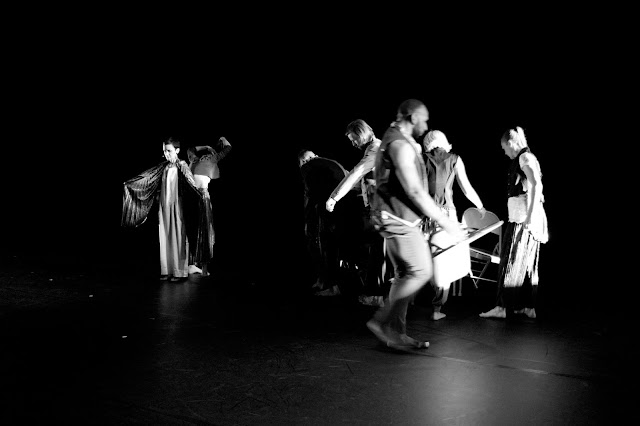 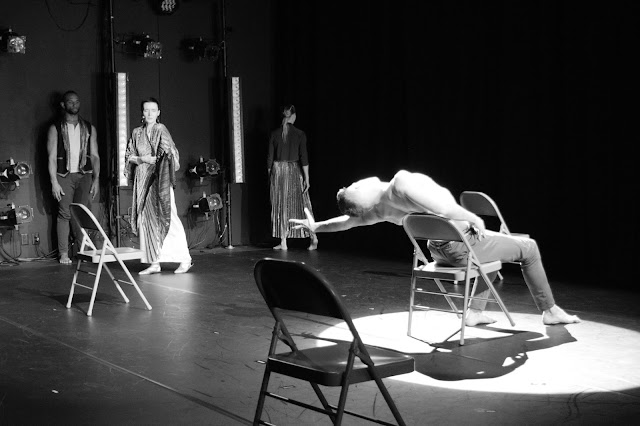 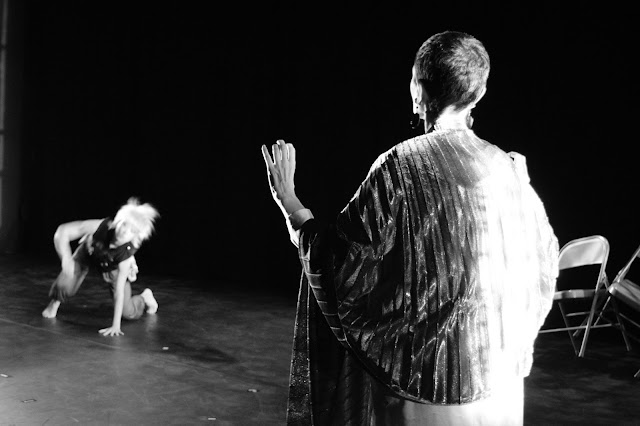 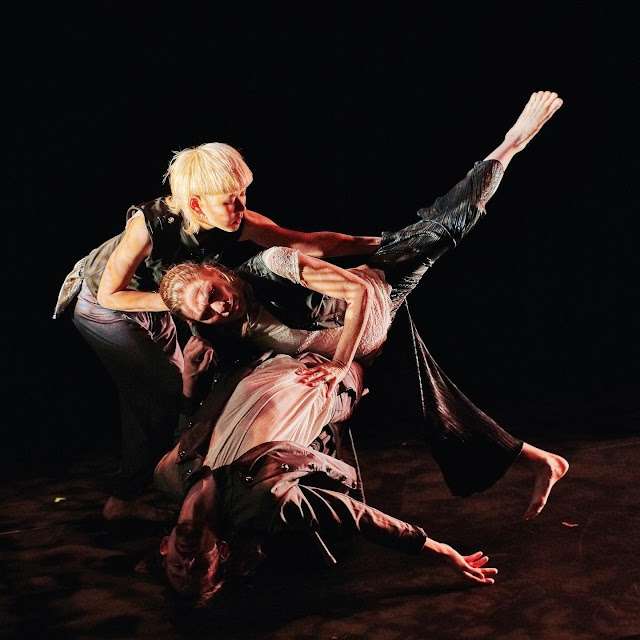 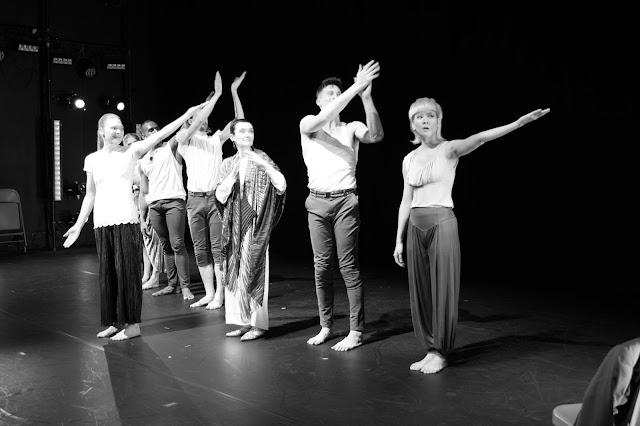 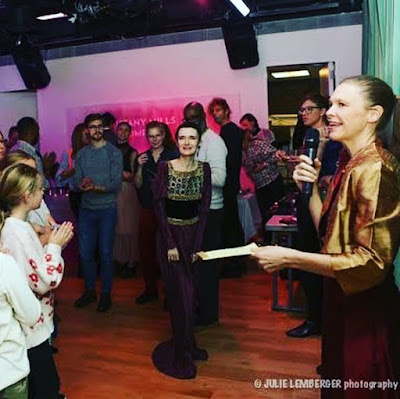 Posted by Muriel Louveau at 9:14 AM No comments:

NOT THEN NOT PREMIERE NOV 2019 The Flea Theatre

Working on "Endless Shapes", retitled "Not then Not yet" ,has been the highlight of my year
and one of the highest peaks of my artistic and personal Life . I am pleased that this piece opened to much critical acclaim  . 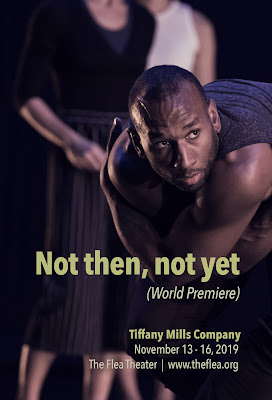 Tiffany Mills Company returns to The Flea with the world premiere of Not then, not yet, an evening-length work that explores states of transition and transformation.

Choreographer Tiffany Mills’s Not then, not yet, created in collaboration with Puerto Rican composer Angélica Negrón and French vocalist/composer Muriel Louveau, examines states of transition, drawing inspiration from the liminal space between endings and new beginnings. The artists’ initial interest in liminality comes from Mary Shelley’s life and early writing—specifically her examination of the threshold between creation and destruction, integration and isolation. Ruminating on what it means to be in between, the collaborators now look at portals and passageways through a 21st-century lens. Weaving movement, an electronic score, poetry and live vocals, the artists map internal landscapes, as well as external ones ( as they consider the often surreal space one dwells in between past/future, young/old, and even life/death).Negrón's blend of electro-acoustics mixed with classical instrumentation and found sounds, Louveau's extreme vocal registers and foreign influences, and Mills's raw and unhinged movement create a kinetically charged world that speaks to the subconscious.
Not then, not yet features choreography by Tiffany Mills, dramaturgy by Mills’s longtime collaborator Kay Cummings, original composition by Angelica Negrón and vocalist Muriel Louveau, lighting design by Chris Hudacs, and costumes by Pei-Chi Su. Not then, not yet is performed by Mills, Jordan Morley, Kenneth Olguin, Nikolas Owens, Emily Pope, and Mei Yamanaka. 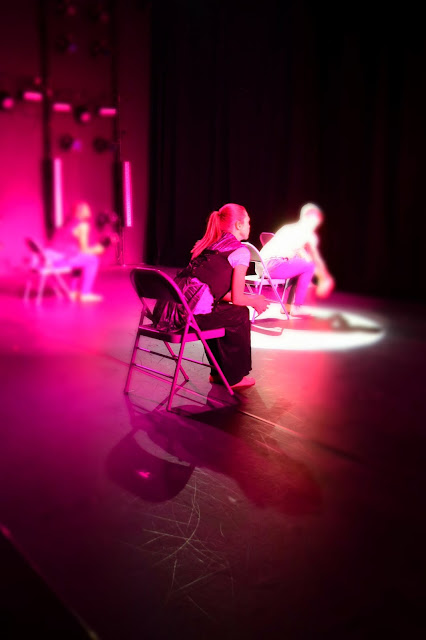 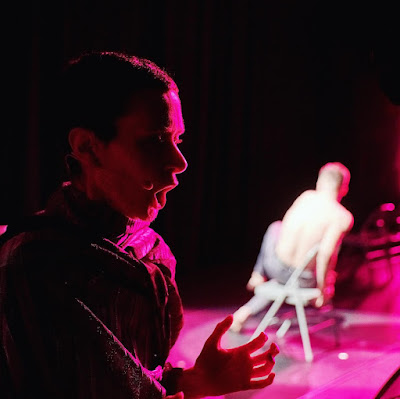 
Posted by Muriel Louveau at 7:02 AM No comments: